Kelly McCown is one of fewer than 200 attorneys certified as a Specialist in Immigration and Nationality Law by the  State Bar of California Board of Legal Specialization and has received the highest possible peer review rating (“AV Preeminent”) for her legal ability.

Since 1994, Ms. McCown’s business immigration law practice has focused on employment-based visas, labor certification, and employment-based permanent residence applications.  She also advises employers on federal compliance issues in the areas of mergers and acquisitions and government audits.   Prior to forming McCown & Evans LLP, Ms. McCown was a partner at a prominent San Francisco business immigration firm.

Ms. McCown was the 2005-06 Chair of the American Immigration Lawyers Association (AILA)’s Northern California chapter, a 600-member professional bar association, and previously served as the organization’s Vice Chair/CIS Liaison, Secretary, Treasurer, and Media Liaison.  She also has served on AILA’s Business Immigration Committee, USCIS Liaison Committee, and California Service Center Liaison Committee.  Ms. McCown is on the board of directors of Bank of San Francisco and the National Center for Lesbian Rights.  She is a former Trustee of the American Immigration Council, a non-profit organization based in Washington, D.C. that advances fundamental fairness and due process for immigrants. She is also  a past Co-Chair and board member of Bay Area Lawyers for Individual Freedom (BALIF) and in 2008 Ms. McCown was honored by BALIF with its Minority Bar Coalition Unity Award.  Ms. McCown also serves as a volunteer attorney with the AIDS Legal Referral Panel and as a mentor attorney with the Lawyers’ Committee for Civil Rights Asylum Program.

Ms. McCown is a frequent speaker and author in the immigration law area. Her speaking engagements over the past few years include the California State Council of SHRM (Society for Human Resource Management), Bar Association of San Francisco’s Labor & Employment Law Section, national and regional conferences of the American Immigration Lawyers Association, the American Immigration Council’s Community Education Center, and the Immigrant Legal Resource Center. 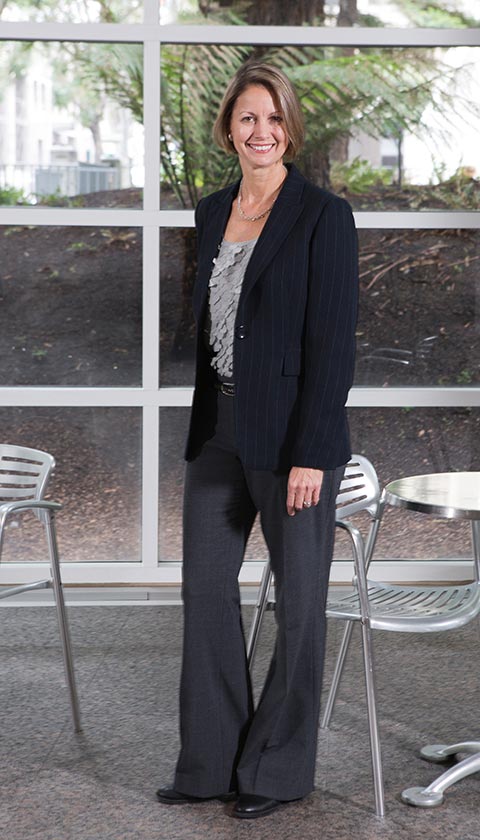 Kelly McCown received her Bachelor of Arts degree in International Relations from Stanford University in 1985 and her J.D. from Boalt Hall School of Law at the University of California Berkeley in 1993.

Ms. McCown is admitted to practice in California and New York, and is conversant in Italian and Spanish.

“Using NAFTA as a Vehicle to Leave or Get into the U.S.,” AILA Midyear Conference, Puerto Vallarta, Mexico (Jan. 2010)

“E-3 and H-1B1 Nonimmigrant Visas – Australians, Chileans, and Singaporeans on the Move,” AILA Web Seminar (May 2009)

“An Update on Immigration Laws and Issues,” radio guest on Your Legal Rights with Chuck Finney, KALW-91.7 FM (NPR affiliate) (May 2007)

“Late Term H-1Bs and How to Deal with Them,” AILA National Teleconference (Feb. 2007)

“What Goes Up, Must Come Down: Terminations and Downsizing in an Immigration Context,” Immigrant Legal Resource Center, San Jose, CA (April 2002)